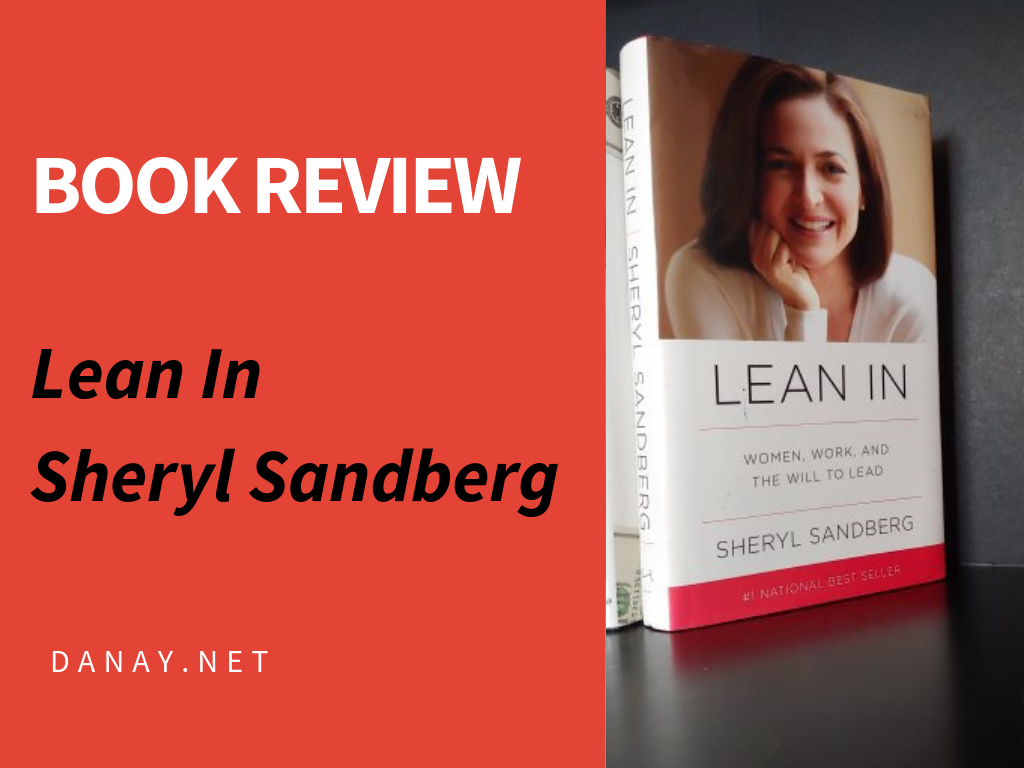 Why am I reviewing a book 5 years after it was published?

Frankly, this is when I got around to it.

Right after it was published, I read a few excerpts and it just didn’t grab me.

When a book really grabs me, it gets pushed to the top of my extensive reading list.

Such was not the case with Lean In.

There were a few things about the book that really bugged me. It felt like a whine-fest at times.

I say this as a woman who has worked her entire life and has experienced most of the issues Sandberg outlines in the book. I really didn’t see how yet another person pointing out what has been discussed ad nauseam was useful.

In fact, I even posted about it on Instagram. After the first few chapters, I just wasn’t a fan.

The comments I received really made me try my darndest to save my judgement until I finished the book. They also made me want to finish, because it was really losing me.

Another reason it bugged me was that most of the stories were about women at the very top of the socioeconomic ladder who are in the business world and also happen to be married.

Many also have nannies. That’s not the reality that 99.9% of women in the workforce face.

Where are all the single moms who happen to be secretaries and nurses?

What should THEY be doing to confront gender bias issues while still having a job to feed their kids?

That said, maybe I should just see it as a book written with as specific audience, women who aspire to the ranks of business leadership.

If that’s the audience, then the anecdotes and stories are a good fit.

I also should note that the opposite view is that the book is written by someone in a position that many women aspire to, so maybe that is the angle.

I kept feeling a total lack of inspiration no matter how far into the book I read.

I Need A Plan

I understand that you have to define a problem before you can plan out a solution.

However, the stating of problems seemed to go on and on and on.

“Maybe this is just a personality thing,” I thought.

I’m a solutions kind of gal. I also know that sometimes I can get overzealous about trying to figure out how to solve something.

I’ve been known to annoy family and friends with this trait.

They will share pain points with what they hope is a sympathetic ear. My response has been to grab a pen and paper so we can outline the steps they’ll need to take in order to hack the problem and find a solution.

But I do need a plan and I didn’t get that from the book, except for the end.

Now let’s get onto the things I liked. Since the author is very far removed from the typical woman in the workforce, I was happy when she finally wrote about something many women can relate to; impostor syndrome.

“Many people, but especially women, feel fraudulent when they are praised for their accomplishments. Instead of feeling worthy of recognition, they feel undeserving and guilty, as if a mistake has been made. “

The author is candid about not wanting to be called a feminist when she was younger. I can’t relate to that at all, and again, I think it has something to do with the privilege she was born with.

I was and always have been a proud feminist since junior high, when I discovered the books listed below. Having come from a poor immigrant background where machismo and misogyny were the only acceptable norms, I didn’t have the privilege of growing up in her world where college was an expectation.

Feminism is for Everybody
Bell Hooks

A Vindication of the Rights of Woman
Mary Wollstonecraft

Thank goodness she realized that the rights the first few waves of feminists worked so hard for are just that, the first waves. There is still work to be done.

I also dig her advice on finding the right man to marry. It’s her version of what we’ve told our men for aeons about the “marrying type”.

“When looking for a life partner, my advice to women is date all of them: the bad boys, the cool boys, the commitment-phobic boys, the crazy boys. But do not marry them. The things that make the bad boys sexy do not make them good husbands. “

I would have liked for her to delve further into this by talking more about our responsibility as mothers. We need to be raising the marrying type.

As a mom of boys, I know it’s on me to make sure my guys have grown up seeing mom as a powerful partner in her marriage. It’s also on me to make sure they learn how to iron, cook, do laundry as well as changing a tire and the oil.

Would I recommend this book? MAYBE.

I think it’s important for young women to equip themselves with as much knowledge about the dynamics of the world around them as possible.

I do think it’s also a good book for men to read because of the gender biases she points out that we all have and sometimes don’t really notice.

That said, I also want to point out that I still disagree with the book’s overall theme that women can “have it all” if they just lean in.

Having it all is a myth and that is just biology.

Yes I said that. Here’s why.

I’m a BIG feminist, but I am also a realist.

For example, women have less bone density and muscle mass than men, which is why I would not be able to reach for a successful career as a linebacker in the NFL.

I also know that our biology has created a different type of bond with giving birth and rearing children than men. Hence the feelings of guilt.

Those things shouldn’t be the excuse for any misogyny or for bad hiring practices, etc.

However, they are facts that need to be considered when we talk about having careers AND a family, because inevitably something suffers.

In other words, it’s not as simple as saying that women don’t aspire to leadership roles as much as men because we aren’t given the same paths and opportunities.

The one real saving grace for me reading this was that at the very end, the author dedicates a few sentences to a resource she created, leanin.org for women to join circles and learn strategies to help them overcome the issues covered in the book.