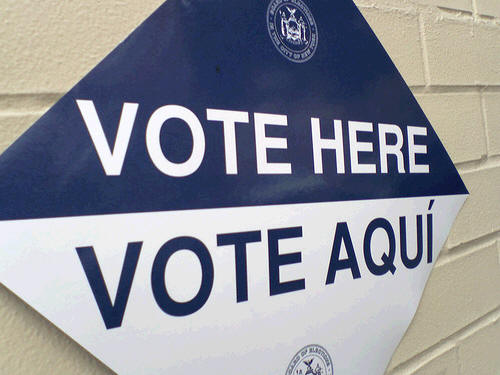 I know that it’s more politically correct to say that one hates politics, but I seriously like it. I like learning the process, the candidates’ positions, and just everything about it. That’s not to say that I love our current system and the way it has evolved into a pay-for-play model. What I mean is that even though there is a ton of corruption, because, let’s face it. It’s human nature. There will always be corruption. But there is also opportunity to have your voice be heard. You always have a vote. You have the ability to form groups and effect change. That is something truly American that we take for granted.

As a Cuban American, politics are very important to me. This Latina grew up in a house where we always knew what was going on with both American politics and Cuban politics. Since Cuba is communist and controlled by a dictator, there isn’t that ability to even voice your concerns. We were raised to love this country and be grateful for the opportunities it has given us.

I grew up with the stories of people disappearing because they were anti-communism. There were stories of how badly our family was treated when it became known that we were leaving to the US. My dad was a political prisoner when he was an young man, so that added to the narrative.

I see all of this anti-Hispanic speech from a candidate and all of the backlash, and I think, people, we need to be better informed. We need to be more involved in the political process if we are ever going to be taken seriously as a voter group. There is a way to stay true to your culture and be a devoted American. These things are not mutually exclusive, and it’s time we realize that and act upon it.

I stay informed by following politicians and their stances and voting records on Latino centric issues. I also follow how they vote on women’s issues as well as other issues I feel are important. In my research, I noticed that there is no place where Latinos can look into candidates, see how they voted on general issues, like the environment, taxes, guns, etc and Latino issues like immigration, diversity and so on.

This led me to the decision to add this functionality to the HispanicYa directory. While it is primarily a business, & events directory, it will now evolve into an everything Hispanic directory. I’ll have to change the branding a bit, but I believe it’s worth it.

I’m now working on which issues to include, so that politicians on both the federal level and local levels who are Hispanic can be searched for, and visitors will be able to see what they stand for.