5 Cool Techie Products to Geek Out Over 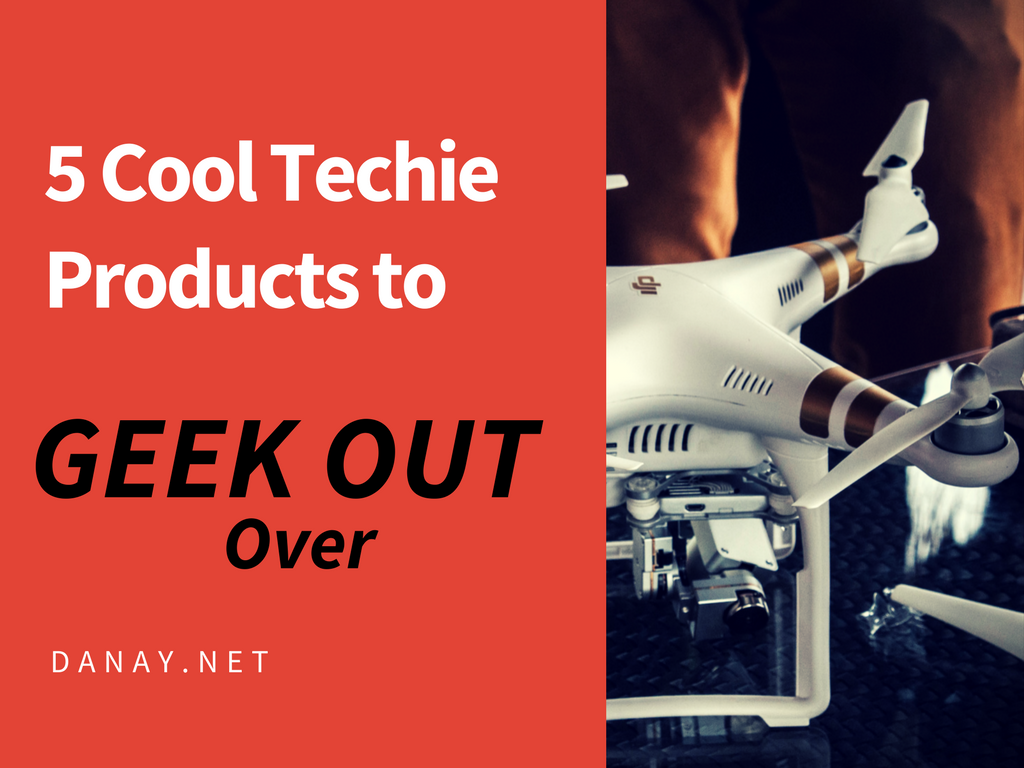 As you probably already know, I’m a geek.

Now, I’m not your typical comic book reading geek, although I’ve been known to read some here and there.

I read through Techcrunch, Gizmodo and ProductHunt like most of my girlfriends read through Cosmo and Vogue. I’m the annoying friend who comes to a dinner party and brings up the latest in AI (Artificial Intelligence). Sometimes it goes over well and other times I get the spaced out, nobody cares looks.

Don’t get me wrong, I can enjoy Vogue, I mean, what girl doesn’t like a good lipstick or a rockin’ pair of heels right? But I generally don’t get all excited about those things the way I do with tech.

I figured, today would be the day I shared a few of my favorite finds.

If you’ve heard anything about AR or Augmented Reality, it’s generally about the pricey headsets that have been getting all the press. While those are very cool, they are still out of reach for the general consumer as far as the price goes.  Everyone needs a device that everyone has access to, so Apple decided to put their hat in the race and announce their AR initiative at the 2017 WWDC (World Wide Developer’s Conference).

Check out this CNBC article, Apple’s new software is a game changer for augmented reality, experts say for more details.

Then you have to also think about what this means for Facebook who is banking a lot on AR. Think about this; Apple controls the mobile platform that Facebook users use to access the social network.

Here’s a cool story on the implications by TechCruch, Apple undercuts Facebook in the augmented reality platform war.

Planet of  The Apps

I’m a  huge Gary V fan. He is a tech entrepreneur who just dishes out truth bombs like most of us breathe. He has also launched a new show called Planet of The Apps on Apple.

The show features app developers pitching their apps to a panel consisting of Jessica Alba, Will I Am, Gwenyth Paltrow and Gary Vaynerchuck in a Shark Tankesque format.

Drone Racing is a Thing

I love drones and what they can do for us in every capacity. I also know there are tons of issues with privacy and airspace. What I didn’t know was that there is an actual league now for drone racing. It’s an actual THING.

The Drone Racing League, aptly named, has raised over $32M in funding. If you think that’s nuts, did you know that last season over 72 million fans tuned in to watch the races?

Check out the video and you’ll see why it’s so exciting.

I have to say that I would have totally paid for this service when my kiddos were babies. I was lucky enough to have a Cuban mom make the food from scratch.

They are launching in California with no competition, but there is a competitor in New York called Little Spoon. It’s the Uber versus Lyft for baby food delivery services.

If they are useful, they look terrible and if they look fabulous, they are bad functionally.

Then there is the “hey I’m carrying my entire business on my person” security aspect.

The Bobby Biz briefcase-backpack looks great, has a ton of storage options and most importantly, is secure. Check out the video. You’ll love how they handle needing to get a latte at the coffee shop without lugging everything to the counter like I always find myself doing.

There you have it. This list could easily be dozens of items, but then this post would be too long and boring. We both know there’s no time for that nonsense.

I have to get back to work and so do you!

I’d love to hear which one was your favorite.