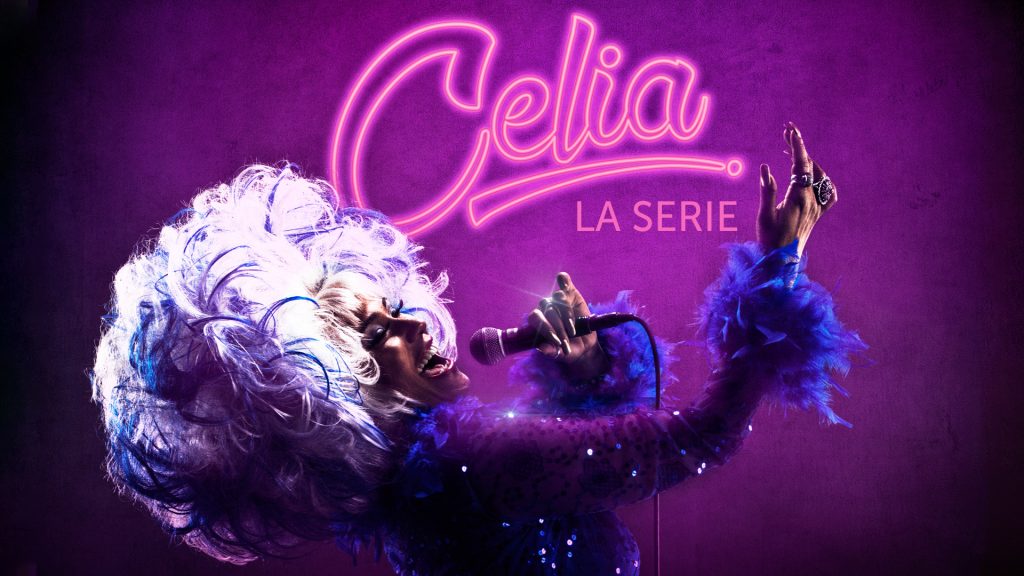 The series is Celia, and it is loosely based on the life of famous Cuban singer Celia Cruz who happens to be one of my ultimate favorite singers of all time. Growing up I had posters of Celia and Freddie Mercury side by side. I know, eclectic can’t even begin to describe my musical tastes.

The series follows Celia from when she was a teenager in pre-revolution Cuba with big dreams through her battles with racism and sexism and the revolution. They do a great job of following her rise to stardom in Cuba, Latin America and later the US.

Puerto Rican actor Modesto Lacén was brilliant as Cruz’s husband, Pedro Knight. His accent was excellent and he was 100% believable.

Noris, Celia’s sister, was played by Aida Bossa who did a brilliant job of playing an annoying high-pitched Cubanita pizpireta. Another great performance was delivered by Carolina Gaitán who portrayed the young Lola Calvo. That character is actually based on La Lupe, another famous Cuban artist who fled to the US during the revolution.

These characters did a great job with the accents and transported me back to my childhood, as they remind me of people I knew and grew up with.

I will say that on the negative side, some of the casting was ridiculous, like Celia as a little girl or Pedro Knight’s daughters. Considering the audience was Spanish speaking, the casting folks should know better than to cast someone with a South American or Central American accent as a Cuban. We all know the very distinct difference. It’s like casting someone with a thick southern drawl as a native New Yorker.

One of the things that really got me was how well they portrayed the actual Cuban Revolution and how the Cuban people suffered as a result. I also had a hard time with the prison scenes, as my father was a political prisoner as a young man. It really brought tears to my eyes to see how he may have been treated. One thing is hearing the stories and another is seeing it portrayed on the screen.

I was also shocked at how well the series captured the struggles experienced by the exile community, spanning decades of people believing that things would change and they would return home. These same folks were shown coming to the realization that they would not return in their lifetime and the heartache that it caused.

The games that were played with Celia by the Castro regime such as banning her from ever returning to see her family, even for the funerals of her beloved parents were shown as a constant struggle in her life.

You get 80 culture packed episodes of modern history at 45 minutes per episode. Netflix has it with subtitles, so that knowing Spanish no longer a prerequisite to enjoy it.