Never Been a Loser? You’re Missing Out! 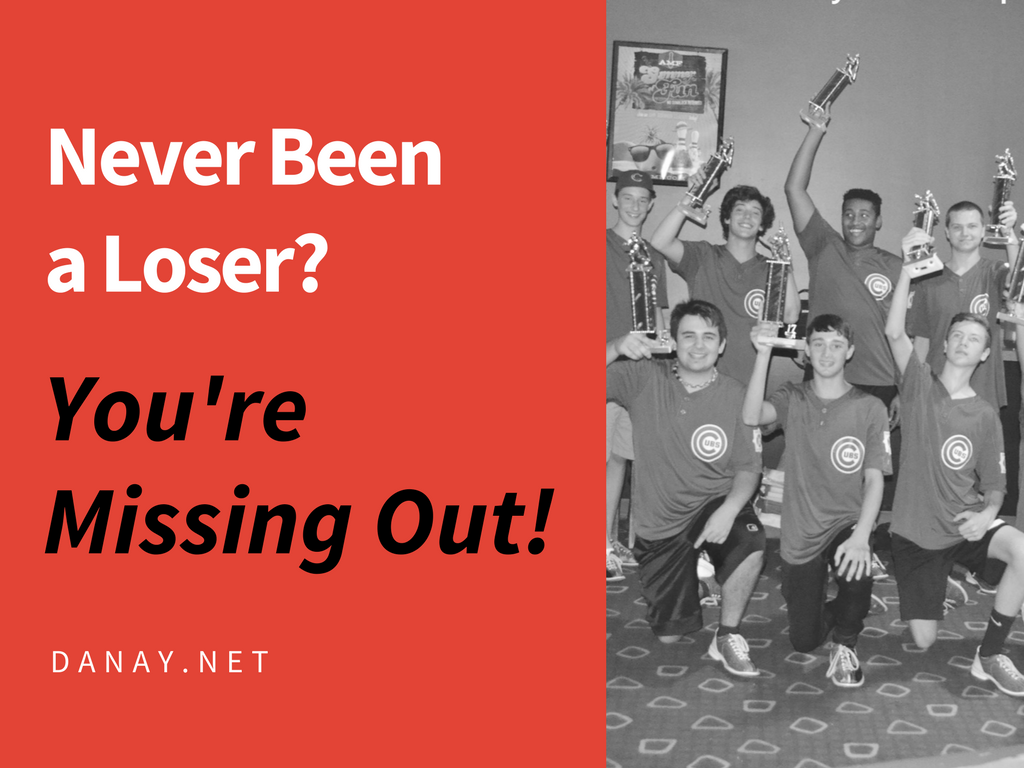 The boys played an amazing game and every. single. boy. had a part in the win.

After the game was over, the losing team challenged the win alleging that we benched four of our players which is not allowed.

Not only did that not happen, but could you imagine the complaints that would have come from our parents if any of their kids were benched?

It was the worst display of being a sore loser I have ever witnessed.

And that is saying a lot.

I have been involved in baseball with both my boys for 17 years.

We even did commissioner duty for a bit.

Now the teenybopper plays and hubby and our oldest coach him while I have been gladly performing team mom duties once again for the last couple of seasons.

We have been both the worst and best teams with both boys.

Frankly, we’ve been somewhere in the middle most of the time.

Being the best and winning a championship is awesome and really fun for the boys.

But being the losing team has also been amazing for them.

Those are your trophies.

These lessons are essential for building character and succeeding in life.

How you lose is important

The losing team for this particular game did this so poorly that I was embarrassed for the boys. The head coach who was used to always winning decided to accuse us of cheating with a rule violation. There was no rule violation and it was just poor character on his part.

Our kids earned the 11-2 score with exemplary sportsmanship while the opposing team characterized their loss with not shaking hands at the end of the game, the coach casting verbal slurs and making verbal threats towards anther coach and the parents saying mean and hateful things.

Can you imagine how this will translate for them into adulthood?

What do you do when you are let go of a job due to layoffs and budget cuts? Do you stomp your feet and complain and burn all bridges?

Or do you go home, lick your wounds and keep your relationships intact in case someone from your former job happens to need to hire someone at a new company?

The old saying, “It’s who you know,” is the truest thing I have learned in business.

Burn bridges and you burn opportunities.

Losing teaches you to work harder

Another disservice that was done to the kids on the opposing team was not teaching them to work harder. By letting them assume that the win was robbed from them, they also mistakenly assumed that they didn’t need to work at anything.

When you fail at something, all it means is you have work to do.

Every single person who has succeeded at something has failed many times before they experienced success.

That is the very essence of failure.

It teaches you to work harder and smarter.

There is no joy in winning without losing.

If you are always a winner, the sweet taste of victory is just not as sweet. That is why everyone loves the story of the underdog winning.

We all know what it’s like to be that underdog.

Even the greatest athletes agree. When I saw Serena Williams speak at BlogHer this summer, one of the important things spoke about was the value of losing and how it made her work harder and made success much better.

Losing teaches you to be a gracious winner.

This is a big one!

Yes, we won. Yes I am celebrating and announcing it from the rooftops because I am proud.

But I am also proud of our entire team and how they handled the situation with the opposing team who had been the winners for the past 2 or 3 years.

We were the underdog and our boys acted graciously because they have also been the losing team and worked really hard to win.

They acted graciously because it is the right thing to do.

They acted graciously because our parents were amazing and did their jobs.

Our players went to shake hands with the other team members, and even though most of them refused to return the handshake, our boys held their dignity and did not react and continued to thank them for a good game.

In the end, the truth prevailed and our team was rightfully announced the winners.

But the truth is, we were winners in other, more important areas which will enable our boys to go into the world and slay their dragons.

But they will always be equipped with grace, manners and the gumption to get back up and work harder for what they want.

And THAT is truly winning.