The Road To Homeschooling In A Co-Op 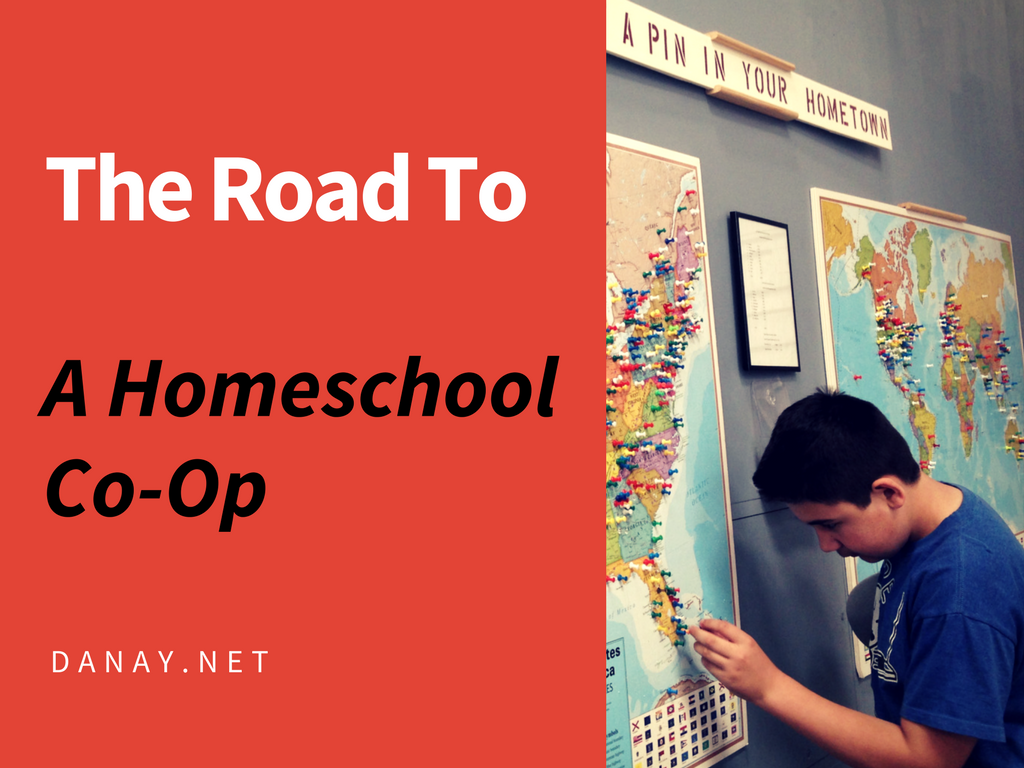 I’m going to be very honest.

I used to be one of those people who thought homeschooling was weird and detrimental to kids.

I had the same misconceptions about home-schooled children that are widely shared by many folks.

In 2013 we decided to go on an adventure, got an RV and traveled the country full-time. We committed to a year and thought nothing of pulling our youngest son out of school to enjoy our adventure.

Aiden finished his fourth grade year and I resigned as PTA president. We went through the process of legally pulling him out of school and proceeded to spend the next year traveling and using our travels and a new curriculum to ensure that he would not fall behind for his fifth grade year.

I had him working on math, science, literature and history as his core subjects. He also had to read for one hour every day and journal about it. I included cursive and a few other subjects.

I chose to focus on American History for his social studies since we were traveling the country. We visited Virginia’s Historic Triangle and toured the Jamestown Settlement as well as other historic sites that covered the settlers, the Revolutionary War and the Civil War. He was also able to visit Independence Hall in Philadelphia as we covered the American Revolution.

We traveled cross country and visited countless monuments and national and state parks that were rich with history and offered Junior ranger programs.  It was an awesome adventure and one I am truly grateful for.

Our year turned into three and we continued to travel with a group of families like ours who had kids and were on the same adventure. My son would complete his work in 2-3 hours and go outside to play in the woods and fresh air with his friends the rest of the day unless we had a trip planned.

Why did it take him only 2-3 hours? There are a few reasons.

If you’ve ever sat in a classroom, you will have noticed how little time is really spent teaching the curriculum. It’s mostly the teacher babysitting. You would think that after an 8 hour day there should be no homework, and yet there is.

After being involved in the PTA, my love of and respect for teachers has grown immensely. They are essentially doing the jobs parents are supposed to do but where so many fall short. They are teaching morals, self respect, respect for others, time management and so much more.

When you remove that element, the learning and work happen a lot faster. Some days took longer, especially when there was a difficult lesson or there was studying for tests. But it was never a full 8 hour day like he spent in school.

I also added a few more subjects to his curriculum like reading the news every day and writing about it. After seeing him create a political and world view from this, I am convinced that every kid should be doing this in school.

You would be surprised by how cool it is to have a conversation with a pre-teen or teen who learns about current events. Sometimes you’re the teacher and sometimes they are.

After three years of travel, we decided to spend a few months in Williamsburg, Virginia to visit our oldest son. During that visit I decided to place Aiden in a homeschool co-op for a semester. I mainly wanted to ensure that he wouldn’t fall behind as he was now in eighth grade, and the math and science were at levels I really didn’t want to tackle.

He thrived in classes like Honors Physical Science and Algebra. He sat in classes of 10 students or less with teachers who were subject matter experts with a degree. For example, his science teacher is a working scientist.

We decided to make Virginia our new home to be close to our oldest and daughter-in-law who is in the military and made the co-op his official school.

My kid loves school. He loves going to his classes and his teachers. He takes a lot of pride in his work and studies like a maniac for tests, because he wants to challenge himself and do well.

Trust me when I tell you it’s not because he is a brainiac. He is mostly a jock who loves baseball and video games. But since learning has been fun and non-institutionalized for him, he doesn’t dread it.

One last thing I want to tell you about the co-op experience. A co-op has children of all ages and all capabilities. You will find everything from the gifted and genius level to children with downs syndrome. I can’t tell you how beautiful and heartwarming it is to see the future generation interacting and embracing peers with severe learning disabilities with kindness and patience as a natural part of their lives. There is zero bullying among hundreds. It gives me tremendous hope for our future.